The name for this blog was inspired by the late Randy Starkman, legendary Olympic Sports reporter for the Toronto Star. Randy’s commitment to amateur sport coverage in Canada was unrelenting and he fought tooth and nail to give Canadian athletes a platform and a voice.

For decades, his impact on the Canadian sport scene was felt far and wide and he became the go-to source for all things Olympic sport. He was incredibly supportive of the athletes’ own writing and he often invited guest bloggers to write for his Toronto Star blog, giving them a chance to reach a wider audience.

I was honoured when Randy asked if I would contribute periodically to his blog in the years leading up to the Vancouver 2010 Olympic Winter Games. When he first asked, he suggested we call it The GrovesLine. I loved the name and every post of mine on his blog was subsequently called The GrovesLine.

When I eventually branched out and started my very own blog, first at www.kristinagroves.ca and now here at The GrovesLine, Randy was a little annoyed with me and joked that he would have to come up with more posts of his own to keep up. I shamelessly stole the name and took it for my own but Randy didn’t mind, in fact he was thrilled.

Tragically, Randy Starkman passed away suddenly in April 2012 after a brief bout of pneumonia. He left this world far too soon and left a gap as wide as Canada in the amateur sport beat.

Randy was a tireless supporter of Canadian athletes and developed relationships with them far beyond the occasional interview. He genuinely cared about each and every one of us and made great efforts to learn our real stories and share them in powerful, compelling and authentic ways.  He truly captured the heart and soul of Canadian athletes.

Like most amateur sport enthusiasts in Canada, I certainly miss reading his work and his blog. But I also just miss him — his goofy smile, his big heart and his passion for sport. I can still hear his voice from time to time, imagining comments he might have made about a particular athlete or event. He would be proud to see how many athletes have developed their own voice through the written word.

I like to think that the little blue bird sitting on The GrovesLine line is my good friend Randy Starkman. Chirping away, encouraging me, teaching me and, as always, supporting me.

I am inspired to be a better writer in honour of his memory and the contribution he made to Canadian sport. 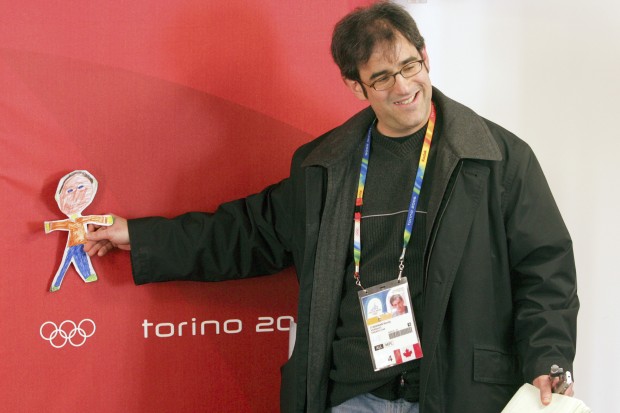 One thought on “The Little Bird”