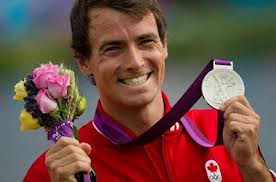 After achieving a breakout world best performance, one of the most difficult things for an athlete to do is repeat that performance – it is far easier to reach the top than it is to stay there.

I remember very clearly our distinguished team physiologist, Doc Smith, telling me once that the most difficult thing to achieve in sport is not the first Olympic podium, but the second.

So while it is wonderful and inspiring to see the multitude of unexpected results from Canadian athletes who flew in under the radar to nab a bronze, I’m at least equally, or more, impressed by those who fulfilled their goals under the heaps of pressure and expectation shoveled onto their backs by the media, the sport community and most notably, themselves.

In the sport world, this ability to translate a past podium result into an Olympic podium result is referred to as the conversion rate. The general rule is that an athlete can be realistically expected to win a medal at the Games with a top 5 performance at the previous year’s world championships.

Post-games calculations are done to determine the conversion rate for each sport and each country, with the percentage representing the proportion of athletes who converted to win an Olympic medal. The conversion rate is considered a significant benchmark when evaluating the success of an Olympic team and helps countries identify gaps in performance that can be addressed with increased funding and resources. 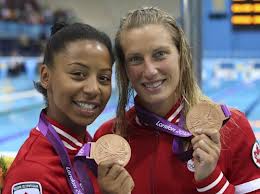 The ability to digest pressure plays a key role in an athlete’s ability to rise to the occasion again and again. Consistency in performance is one of the rare feats an athlete can achieve, and its attainment can be elusive. In truth, it is a skill – something that can be learned. The very best and most consistent athletes become repeat champions by replicating performance excellence, which is earned through physiological, technical and psychological mastery of their sport. It cannot be stressed enough how incredibly difficult this is.

While it’s true that some top Canadian contenders have faltered at these Games, it should be noted that many have performed exceptionally well under intense scrutiny and pressure – and they have converted.

If you take a peek at the 17 medals Canada has won to date, no fewer than 12 have come from athletes who have done it before and converted in London. Ryan Cochrane, Brent Hayden, Heymans & Abel, Benefito & Fillion, Rosie MacLennan, Women’s Track Cycling Team Pursuit, Women’s 8 rowing, Men’s 8 rowing, Carol Huynh, Tonya Verbeek, the great Adam Van Koeverden, who remarkably has medaled in each of the three Games he’s competed in and even marathon swimmer Richard Weinburger, whom many have never heard of (myself included), but who won the Olympic test event last year.

Canadians are already feeling the heat and fretting about the final medal tally, fuelled in part by the antagonistic media. I can tell you with certainty that Team Canada itself feels the strain most deeply. Every athlete going the Games wants to do their best and win a medal. They want to do it for themselves and for Canada. There is no greater honour as an athlete than to win a medal for your country. 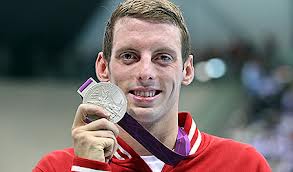 But instead of lambasting those who have fallen short of their dreams, as many of us have in our own lives, lets celebrate these exceptional Canadian athletes who have embraced the pressure and succeeded brilliantly in London.

I say Kudos to the converters for rising up yet again and making it to the podium for a second, third and fourth time. You have accomplished what precious few athletes in this world ever have.

One thought on “Kudos to the Converters”